Aaah Summer in Cape Town. How do I love thee? Let me count the ways. Synergy. One…and I’m done. The thing I love about Synergy is that there are no gimmicks attached to it. No hardcore thematics challenging the fest fanatic to be as metal as possible. No green bean eco-scene making you watch where you carelessly toss your cigarette butts. No, Synergy has made a name for itself by doing what it claims to do. Just provide a first class festival to try and please as many people as possible. And this year was no different.

I arrived to find a rather tedious parking to campsite setup. I’ll be honest, the walk from the camping to the stages was a bit far, but if that’s your reason for giving up enjoying an entire fest, why go in the first place? Friday saw a shift in time slots for some of the acts, due to the howling winds forcing the organizers to reinforce the stage rig. Safety first I say. Point Synergy. So with the Main Stage delayed I swayed my way to the nearby YourLMG tent. LMG had put together an impressive line up in 2011 and this year was no different. My first treat was hard rock act Stoker, led by the enigmatic Chris Bornman and his brother Jurgen. The riffs cut like diamonds to glass and, despite a few sound issues, the guys pulled off a tight and respectable set. Next up were the guys and dolls of Peachy Keen up on the main stage. I’m a sucker for rockabilly music and they pull their songs off with such class, it was hard not to wipe the goofy smile off my bouncing face. One highlight was a cover of Louis Prima’s song from the Jungle Book, complete with guests on the brass section. Peachy, oh so peachy. Losing my way to the early onset of alcohol intake syndrome, I missed Beast, and regretted it the second I walked into the tidal wave of their last song. Poetry on gasoline. That’s what I gathered from the precious minute I spent with Inge Beckman and co. After nearly snapping my head clean off from a thunderous Dead Lucky set, it was time for The Prodigy, and boy oh boy did we not know what hit us. Perched atop a rubbish bin, crowd centre I was blessed with a full view of cause and effect. Prodigy’s electrifying energy, epileptic lights show and fat sound being the cause, and mosh pits, emphatic make out sessions as well as the odd crowd surfer or ten being the effect. Point Synergy, and point Synergy again. The evening ended off back in the LMG tent with a quick, chaotic set from the Nomadic Orchestra and then a quick and chaotic visit to the bar. A blur followed until Saturday morning, where the dam itself provided what was a perfect hangover cure. 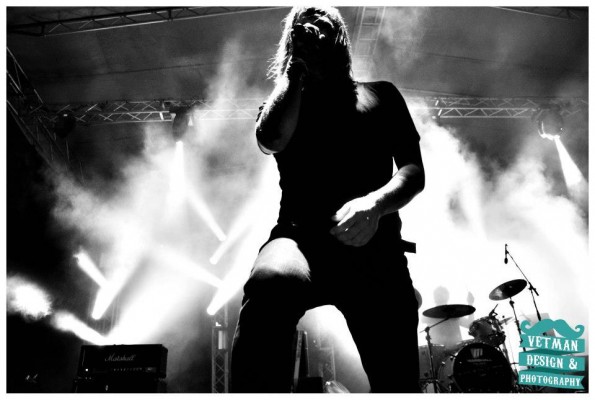 First up on Saturday were newcomers Touchwood, who’d won a poll to appear on the LMG stage on Facebook. These young lasses stole my heart with their humble and sincere folky songs, including a smooth cover of City And Colour’s “The Girl” which had even the most buff “boytjie” searching for his testosterone. Red Huxley followed up on the main stage and not even an appearance by Taxi Violence‘s George Van Der Spuy could save what I thought was a bit of a flat set. I know they’ve done better and I’m sure next time will be no different, it just wasn’t their day. A return to the dam took up a little more of my afternoon and my return to land was met by an oh so smooth set from Trenton & the Free Radicals. The guys have been building up quite a name for themselves with their great crowd interaction and slick afro-pop vibes. The Rudimentals followed suit on the main stage and nearly pipped my band of the day award with a professionalism bar none. Had it not been for the new and almighty Goodnight Wembley, they would’ve done just that. Taking a break from recording their debut album, the band came out and fired a warning shot heard by every band at the festival. Mark my words, Goodnight Wembley will own the S.A rock scene come this time next year. Devastatingly powerful, insatiably catchy and enough talent to put a circus to shame, this is an act that has it’s place headlining every venue and stadium around the country. Big Concerts take note.

Shadowclub and Van Coke Kartel followed suit, and though not quite as impactful as the Wembley guys, they did provide fun and solid sets with enough boogie to swing even the stiffest hip. A riot ensued with a hard as steel set from Yes Sir!Mr Machine who screamed their way to the end of the Saturday line up. Thankfully, that wasn’t the end of the night though. A mass of party hungry attendees were startled by an unexpected burst of bass coming out from the LMG tent. And as it had turned out, we were not the only ones still willing to go hard. It had turned out our good friend Haezer wanted to party, and decided to take it upon himself to rip that very tent to shreds with his second set of the night. Point Haezer, point Synergy, point Haezer again. 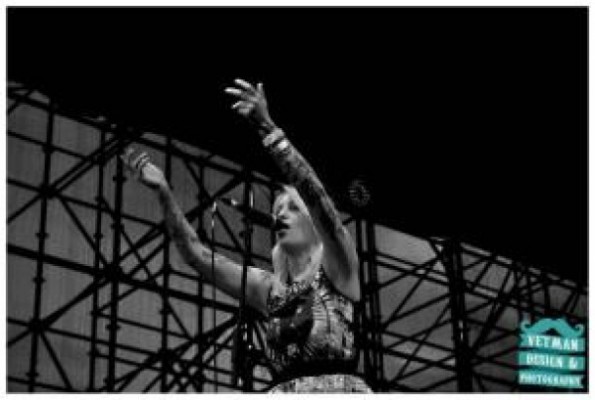 Sunday saw a quiet, but very suave set from local up and comers LA.VI. Fronted by the fascinating Chantel Van T, the band has come a long way in their search for indie perfection and their single “Faraway Place” had every shade of hipster bouncing around with a sheer grin. Southern Gypsy Queen And Black Cat Bones followed hereafter, and, despite a dismal turnout, played like they were supporting Foo Fighters out at Madison Square Garden. I have a huge respect for bands who put out like that and make sure that even the last tired fan gets every morsel of energy they can give out. Mainstay served the dirty hippies a fantastic slice of stomp afterwards, right on the shores of the dam, with a killer set by Gokon Rave turning the rock and roll of the fest right on it’s hungover head and shaking every last bit of dance they could out of the brave souls left behind at the grounds. A quick pack up and the back of a bakkie soothed what was left of my Sunday as I watched filthy, broken but most of all, satisfied bodies stumble their way back towards the fairest Cape.

All in all I thin Synergy was a big success. The venue was beautiful, the organization was quick on it’s feet and solved any problems the weather or attendees could throw at them, and the line up was one that I can honestly say, pleased the wanting ears of music lovers of all kinds. Synergy Live is by no means a perfect festival (yet) but it does sure come damn near close. Here’s to Synergy 2013, bigger, better and more beautiful than ever before.