What do you get when heavy weights Labyrinth Live, Hype Media and NANO Records come together to celebrate a decade of one of the most respected Psytrance record labels around today? ONE-MASSIVE-PARTY! Saturday 30th June marked the “10 years young” celebration of NANO Records and what better way to celebrate than at Cape Town’s most loved indoor Psy event, Labyrinth.

I walked in to a super packed Trinity, just in time to catch the last hour of Dean Fuel’s set which already had the crowd going. Dean dropped some new beats and set the tone for a hectic night on the dance floor. NANO’s very own “boss man” Regan was up next, hitting the crowd with some bottomless baselines as he reminded us why NANO is known as one of the best of the psy record labels in the business. 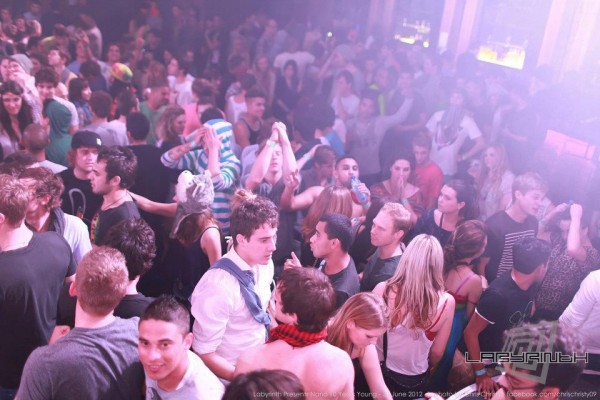 As the night progressed, things heated up – literally, people began to remove shoes and layers of clothing, lumo face paint began to smudge and of course, the playful water fights began. Despite the heat, the sea of stompers on the dancefloor never seemed to lose their enthusiasm.

Static Flow made his presence known with a killer set that instantly had the crowd losing their minds. Just when we thought we’d have a chance to catch our breath, The Commercial Hippies took to the stage and whatever sanity remained went out the window – the crowd went buckwild.

Time seemed to be disappearing fast and before we knew it Gandalf Grey’s set was up. He wasted no time, immediately dropping some serious tracks. Somewhere in the midst of an intense set Gandalf hit us with Killerwatt vs Waio’s “Wake Up” which happens to be a favourite amongst my friends, needless to say it got everyone stomping – HARD! 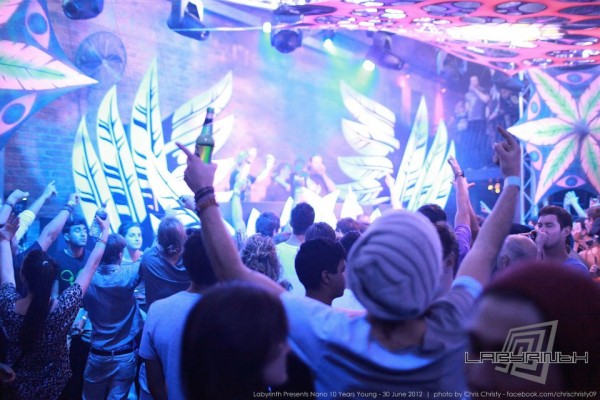 Just at the point where I was dancing so hard that I almost forgot where I was, the lights switched on, signalling that Gandalf was playing his last song. The night was now over, right? WRONG! After some minutes of convincing from the crowd, the lights dimmed once more and Gandalf went on to play a short encore allowing the crowd to stomp their hearts out for just that little bit longer. Caught up in the excitement, stompers were quick to take to the stage and rage – Jeanne and I being among them (unfortunately the bouncers were just as quick to redirect us back to to the dance
floor but it was certainly fun while it lasted).

The combination of awesome visuals (provided by Contraband), mind blowing décor (by luminous) and a line-up packed with DJs that really ‘brought the heat’, transformed Trinity into a psychedelic wonderland. The crowd seemed to be extra amped for the last part of the evening, you could tell no one wanted to go home but you know what they say – time flies when you’re having fun.

Thanks to Labyrinth and NANO Records for a top night.