It’s been said that REAL Hip Hop is dead. Well, not in Cape Town. On Saturday 28th July marked the 4th edition of Cape Town’s very own ‘KickBack’ a Hip Hop inspired event which promotes and celebrates the TRUE essence of the genre.

Unlike any other event of its kind, KickBack is a party which fuses multiple aspects of the hip hop culture in order to create an atmosphere where guests can enjoy an authentic journey through dj-ing, ecee-ing, graffiti, B-Boying, and knowledge of self.

The night started off with a laid-back set by Prime. He set the tone with some instrumental hip hop ‘mood’ music by a range of talented underground producers such as B.Lewis, BMB, AKA, Spacekid and Damu The Fudgemunk, just to name a few. KickBack’s only female DJ; The Dankish’s Ruthy Pearl, got everyone dancing as she took to the decks giving us a classic chilled bass, hip hop set with a girly touch. 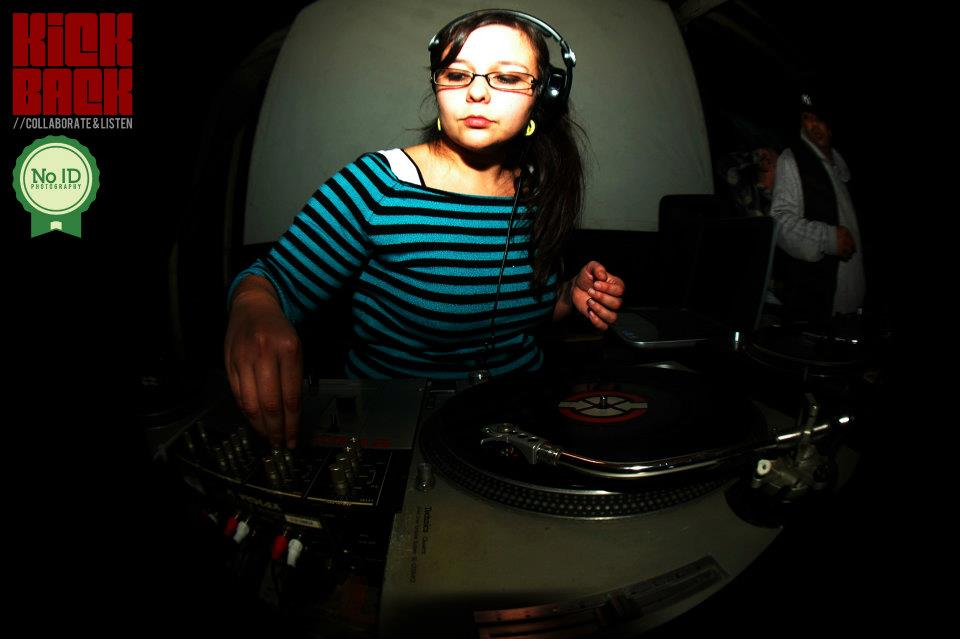 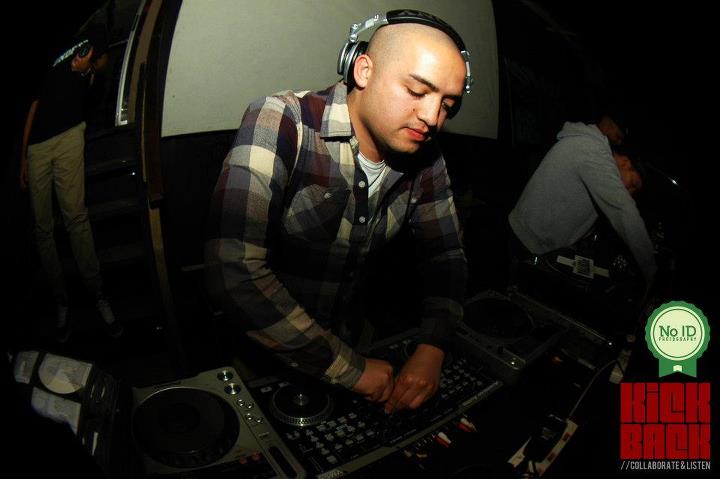 The crowd was kept entertained as Bryan Travis switched things up with his “out-of-the-box” approach to hip hop. He dropped some sick beats which put a fresh twist on the traditional sound of the genre by infusing it with a little bit of  everything  (from electronic, synthy pop, dub, abstract, soul to 8bit sounds).  The Stylus Destroyers (made up of DJ Juice and Tekneek) spun some background tracks as Lydon and Shaun took the dance floor, the bottom level of Zula Bar provided the perfect setting for the B-Boy demonstration. 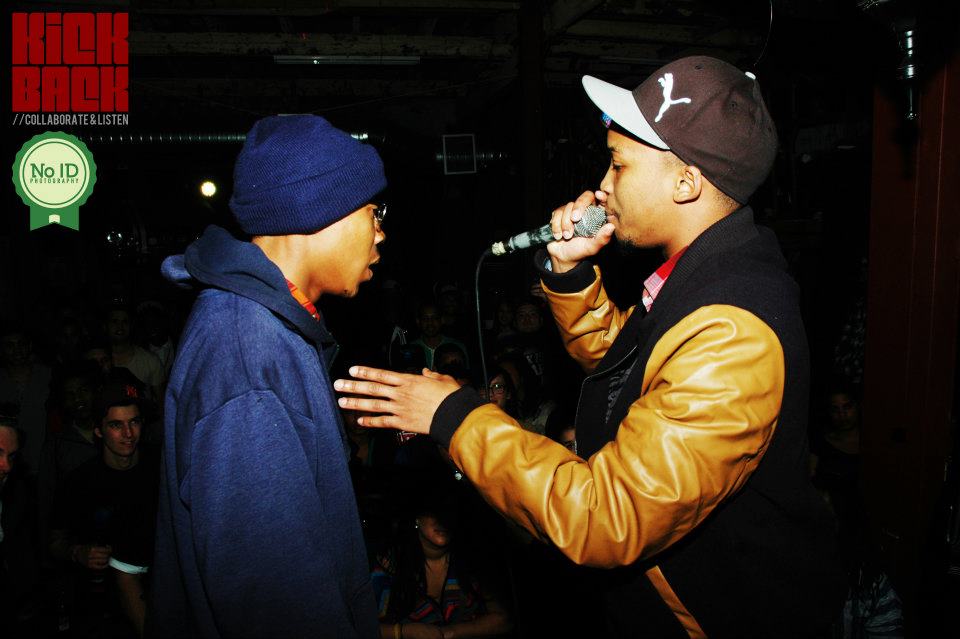 One of the highlights of the night definitely had to be the emcee battle. The hyped up crowd watched (and listened) intently as Kimberley’s ‘Kid Clever’ and Pretoria’s ‘Ore’ went head to head in a clash of clever remarks and wordplay. The heated battle became quite intense at one point, as Kid Clever left Ore choking through third round. It seemed to be game over for Ore at that point but in the end the rapper came back with a cool head and a hard-hitting punch-line which earned him the victory. Everyone went wild.

The rest of the night went quickly. DJ Juice played a hard, underground set. Clint Abrahams picked up the pace with an energetic set which got the party going on another level.  At this point I think everybody was singing along loudly and dancing at their hardest.
KickBack’s resident DJs Juice and Tekneek played some old school as well as local hip hop dropping tracks by Younsta, Hemelbesem and Khuli Chana. Both demonstrated true technical ability on the decks as they kept the music going throughout the night. The party was supposed to end at 3am but went on for quite some time after – people were enjoying themselves that much. 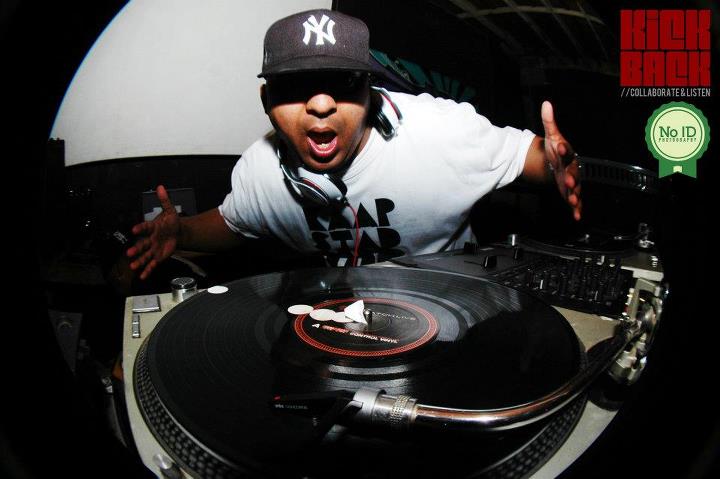 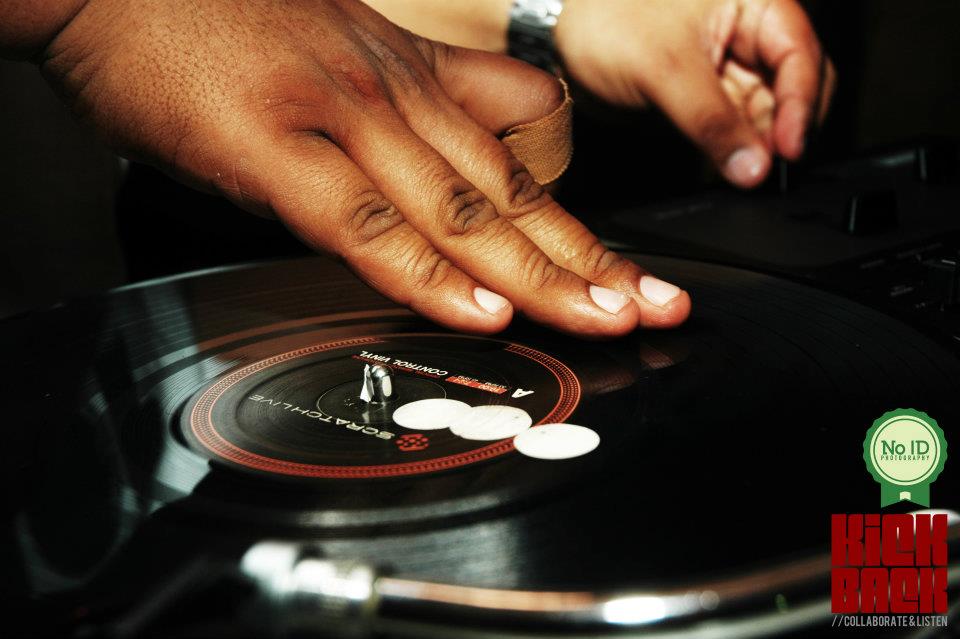 While the KickBack team has given local talent a platform to shine on and hip hop fans a space where they can dance and appreciate good music, they have also done something much greater than that. Using the profits made at their event, they have launched an initiative called GiveBack where the KickBack team “gives back” to their community, helping those less fortunate. To date they have given back to the underprivileged children within the community, Reaching Out To Others Home, The Haven in Wynberg and Christene Revell Children’s Home in Athlone.

As part of Giveback this month the team will be taking part in the Blisters For Bread Walk, an event held to raise funds for the Peninsula School Feeding Association. 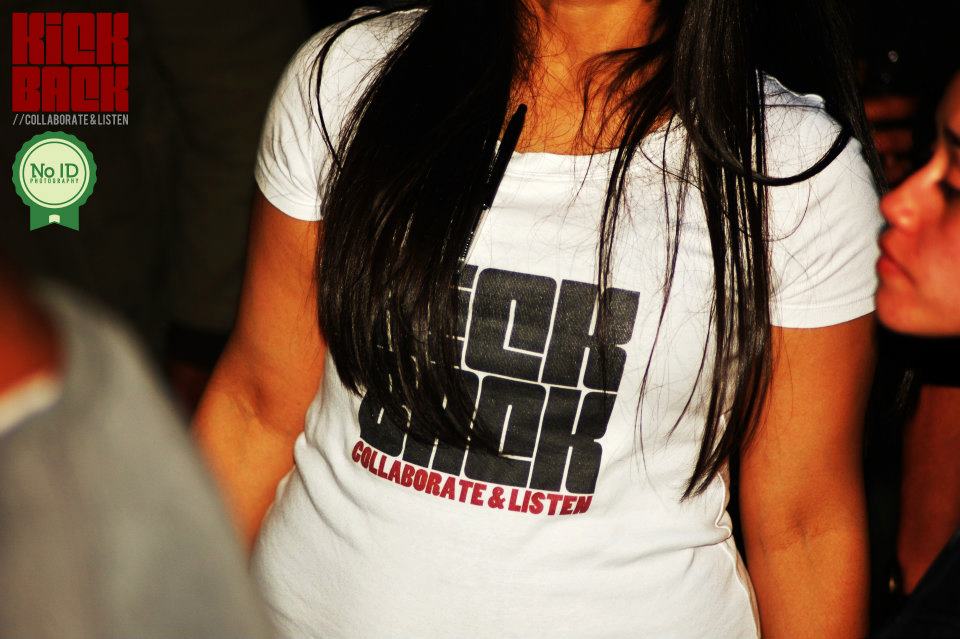 I really enjoyed myself at KickBack. If you haven’t been to one, I suggest you do yourself a favour and get to the next one. Big ups to the KickBack family, keep up the good work.